Cinnamon Leaf oil has a very pleasing aroma with spicy-sweet undertones more like clove oil with hints of citrus than what one finds in Cinnamon Bark Oil. This wonderful oil can work wonders as a stress buster or to soothe your aching muscles and joints. It's also a tonic that assists in reducing drowsiness and gives you an energy boost if you're physically and mentally exhausted.

Cinnamon leaf oil offers benefits against viral infections, such as coughs and colds, and helps prevent them from spreading. It even aids in destroying germs in your gallbladder and bacteria that causes staph infections. When diffused using a vaporizer or burner, cinnamon leaf oil can help ease chest congestion and bronchitis.  Cinnamon can also help remove blood impurities and even aid in improving blood circulation. This helps ensure that your body's cells receive adequate oxygen supply, which not only assists in promoting metabolic activity but also helps reduce your risk of suffering from a heart attack.  Cinnamon leaf oil has gastric benefits as well, mainly because of its eugenol content. It works well for helping alleviate nausea, upset stomach, and diarrhea. It also works as an antibacterial agent that can promote good digestion. 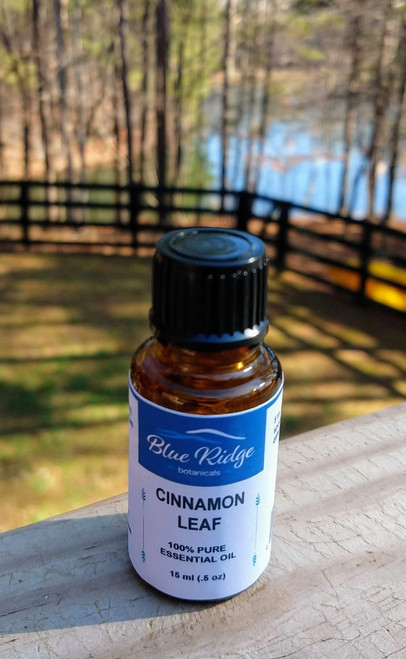